This article explains the qualities of present day leaders, with reference to 'Dashavataram, as depicted in Hindu mythology'. 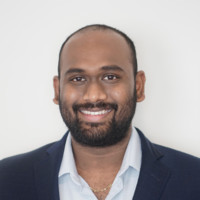 There have been a lot of articles on leadership/ entrepreneurial skills these days. But you know, these qualities have been mentioned hundreds of years ago. In fact, the hidden goal of ‘Bhagavatam’ from Hindu mythology (Ten forms of Vishnu) might be to explain these qualities, in a filmy style, though. I would like to explain what each avatar is trying to portray and how they are relevant in today’s world.

[A Fish that predicted huge storm coming through, warned the king to save life chain, guided their ship to a safe place]

Successful leaders are visionaries. They are able to foresee the problems and opportunities. They have a vision and guide people towards that vision. In this process, they might even change the world, forever.

“I have a dream…"-Martin Luther King Jr

We all witnessed how his vision, redefined history.

[Turtle that gave hope to tired and ‘about to give away’ gods and demons to continue churning of ocean, till they get what they started it for]

One of the most important qualities for upcoming entrepreneurs – Patience. When working towards a great goal, the team has to go through a lot of difficulties. They face criticism, Results don’t turn as expected … The team can easily get discouraged and might give up. It’s leaders responsibility to inspire them, have patience, make the team believe in their dream.

Our greatest weakness lies in giving up. The most certain way to succeed is always to try just one more time” – Thomas A. Edison

If Edison wouldn’t have tried 10000 times, we might still read under candle lights

[A Wandering pig, that found earth hidden inside water. In spite of knowing a great risk ahead, it went alone and saved it]

A true leader has the confidence to stand alone, the courage to make through tough situations. Everyone has fear of obstacles, but in order to successfully accomplish a goal, a leader must have to overcome those fears, risk everything and go ahead.

These were Last words before saving hostages and his death

[Lion-Headed human, that killed a Demon King Hiranyakashyap, who threatens to kill his own son for being a worshiper of Vishnu ]

A true entrepreneur is responsible for protecting his team during worse scenarios. He/she must give confidence to their team that they’ll stand by through good and bad times. They must take responsibility and do all they can to protect their team members.

blasting on Bangladesh officials for writing Sachin’s name wrong. I know Dhoni is captain cool, but it’s nothing wrong, being aggressive especially when team’s reputation is at stake.

‘Any one can make things hard and complex. It takes a touch of genius to make it simple’ – Albert Einstein.

“Simple can be harder than complex: You have to work hard to get your thinking clean to make it simple. But it’s worth it in the end because once you get there, you can move mountains.” – Steve Jobs

Simple design has been success mantra for Apple, since it’s origin.

[A saint, who fought for justice and equality, well known for defining ethics, policies, also for coaching major fighters, like Karna, Bhishma, Drona, …]

No matter, how small or huge, a company’s success is based on how good it’s core principals policies are. A leader should take huge care, defining these policies as These policies are the backbone of any organization.

“ Law and order are the medicine of body politic and when body politic gets sick, medicine must be administered” – B.R. Ambedkar, architect of constitution of India

A great team starts with a great leader and coach, who sets expectations, maintains high standards. A lot of survey’s suggested that majority of companies succeeded due to right mentors they had.

“Whenever I am asked what is the missing link between a promising businessperson and a successful one, mentoring comes to mind.” Richard Branson, Virgin Group

[A Prince, famous for his journey to get back his kidnapped wife. Fought against fierce army of Lanka, with the help of a small army of monkeys]

“You can’t do everything”.

An effective leader should know, what’s a good idea is when they hear one and to give credit to the person with the idea. A great leader needs to be able to delegate work effectively. Best way to achieve it by giving members ownership of work, assigned to them.

A Leader needs to show humility and honesty to their team. Being honest removes the obstacles between him/herself and the team.

[A prince, symbol of love and happiness]

Any team/people, including their leader, are humans first, whose ultimate goal is to be happy. Seizing the moment and bringing fun and creativity in the workplace are core strategies of the good leader. Real people are attracted to real people, not to monotonic and machine-minded ones. A leader should know about his team’s work and make sure that they were never overburdened.

Moreover, give people a little love, get it back multiplied by 100.

There is a huge conflict on who next (Vishnu’s 9th avatar) is. Different scriptures suggest different one, Balarama or Buddha. Whoever it is, they suggest the same – Self Realization.

A true leader spends an adequate amount of time, evaluating him/herself. They must know their strengths and weaknesses. After all, how can someone organize a team when they themselves are not organized.

Also, leaders should put their ego’s aside and collaborate with others to achieve a common goal.

“We all need people who will give us feedback. That’s how we improve” – Bill Gates

[Destroyer or Apocalypse, considered as end of world or beginning of new lifecycle ]

Every leader has to realize that everything comes to an end. Trying to stick to traditional methods, even after people getting bored, is insane(Gaddafi, for example). The world doesn’t like monopoly. After a certain time, every leader/entrepreneur must reinvent himself or accept that it’s time to step aside and give way to new ones.

“I came to this decision and when I came to it, I was very clear in my mind. it was time for the ‘next generation of the young Indian cricketers’ to take over.” – Rahul Dravid on announcing his retirement.

Everything comes to end. A good leader accepts it and lets others take their place.

All the above-mentioned qualities or avatars are based on my perspective. Not sure about facts though. I hope you enjoyed the article, feel free to provide feedback. Thank you.

This article is inspired from “Krishnam Vande Jagadguru” song by ‘Sirivennala Seetharama Shastry’.